Time to wrap up February and lay out the battle plan for March.

Done. Didn’t finish by 3/1, but that was a self-imposed goal. Instead, I wrapped it up on 3/2 and sent it off for beta reading. Hoping for those notes back on Monday and then time to make changes and send it out for edits. Still on track for an April release.

Sad story. Editing and writing don’t mix well for me. If I progressed in one I stalled on the other. So, the romance got shoved firmly to the back burner. I am crossing my fingers that I can work on it and The Star of Storms at the same time, maybe one in the morning and one in the evening, but the reality is that Storms takes priority.

I have a sketched-in plot, but not much more. I prefer to work with a beefier plot outline, so I am taking a few days to build that up, then I’ll be jumping into the story with both feet.

Not writing related, but still goals for February:

Filled the recycle bin and trash can and took two loads to the charity resale shop. Still chipping away at this, hitting the clutter zones mostly on weekends when I feel okay taking time away from writing and schooling the little people.

This is D.O.N.E. Dropped off the paperwork last week! Yay!

March is all about writing. 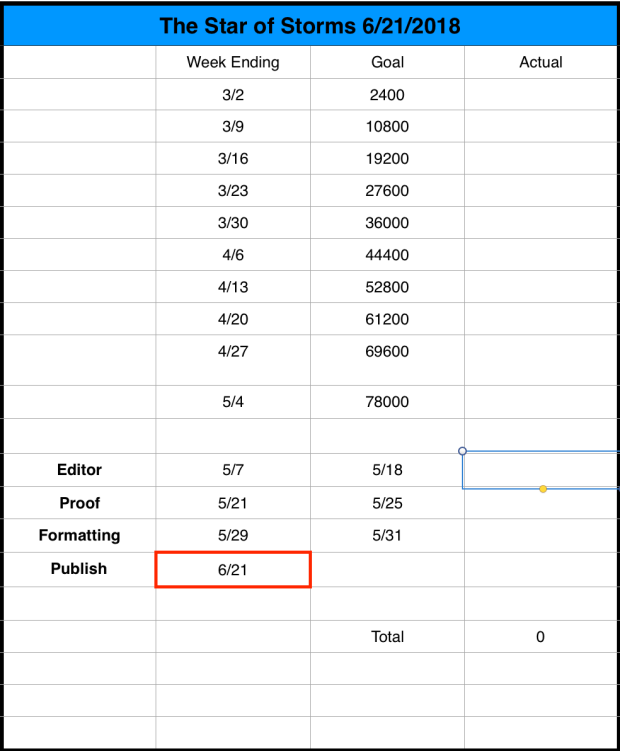 That’s it! Like I said, all about the writing this month! 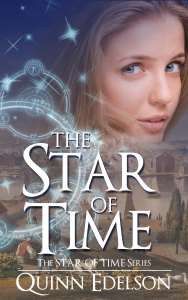